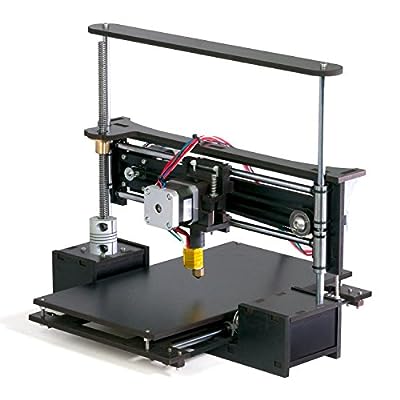 Price: $199.99
Product prices and availability are accurate as of 2020-02-21 15:30:40 UTC and are subject to change. Any price and availability information displayed on http://www.amazon.com/ at the time of purchase will apply to the purchase of this product.
As of 2020-02-21 15:30:40 UTC (more info) - (check now)
Availability: In Stock Add to Cart
Buy now from Amazon
Usually ships in 1-2 business days
CERTAIN CONTENT THAT APPEARS ON THIS SITE COMES FROM AMAZON SERVICES LLC. THIS CONTENT IS PROVIDED 'AS IS' AND IS SUBJECT TO CHANGE OR REMOVAL AT ANY TIME.
Product Information (more info)

This is the 3rd generation of the famous TwoUp printers. With over 7,000 units out in the wild, the TwoUp is the standard for entry level 3D printer kits. The 3rd generation comes with revised instructions to make assembly and printing easier than ever. Many of our customers report build times of under 2 hours til their first print!

The TwoUp sets itself apart from other 3D printers in its class by using the finest linear motion components, including chromed, induction hardened linear shafts, dual precision ACME screws (for the Z axis) and LM8LUU linear bearings for double the rigidity over the LM8UU bearings used in most printer kits. Each of the linear motion components is tied together with a CNC laser cut melamine frame (Made in the USA) which provides not only rigidity but light weight for high speed printing.

The printing area of the TwoUp for both the heated bed and standard version is increased to 175mm x 175mm x 130mm. While most printers max out at 100 micron layer heights, the TwoUp can print consistenly at 50 microns, double the resolution of its competitors. With improved print speeds up to 100mm/s due to the lighter weight extruder and hotend, print time is almost cut in half!

The brand new auto-adjusting extruder puts the exact amount of tension required on the filament and allows quick loading and unloading. Due to its open design you can visually see the feeding of filament into the hotend for easy maintenance and setup. The all new metal hotend improves print speeds and reliability and looks AWESOME!

Additional improvements include a much more robust mounting system for the linear bearings and belts as well. The printer is compatible with all filaments that have melting temperatures below 250C including, PLA , ABS , Nylon , Laywoo , Bronze fill , Ninja Flex , PVA , HIPS and many more! 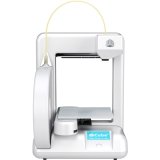 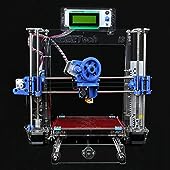 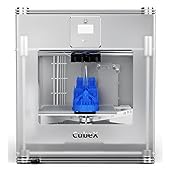 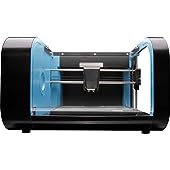